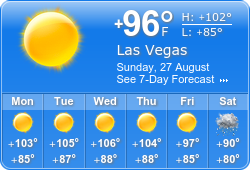 Jokes
Jokes
What would George Washington say if he were alive Dig Me Up and Get Me Out of This Coffin!!!
Monday, September 26, 2016
Got home around 3:30am Got home around 3:30am this morning and my brain is fried. All achee from 12 hours of driving, spent the day unpacking, then sleeping, then staring at the wall. Becky and I discovered our tent was stolen and it had to be someone we know. bummer.
Saturday, September 26, 2015
ClearwaterBeach,FL-Fireworks 9/26/2015 7:53:02 PM 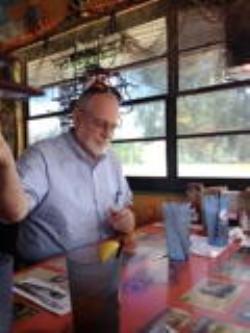 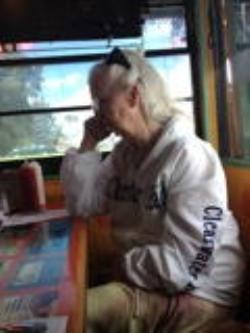 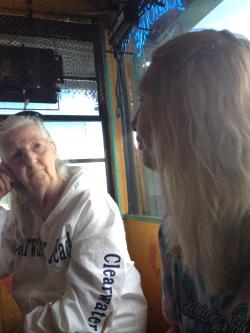 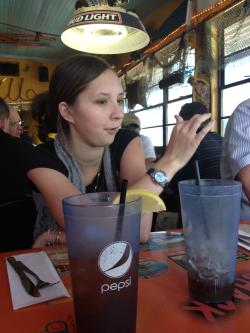 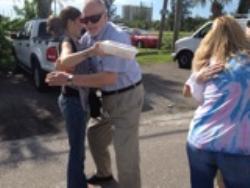 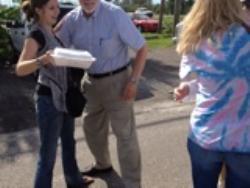 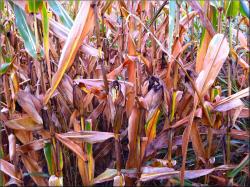 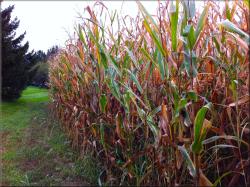 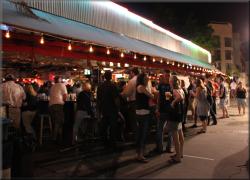 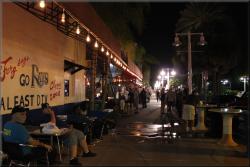 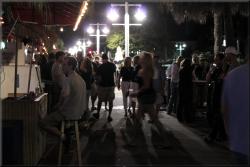 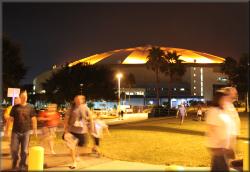 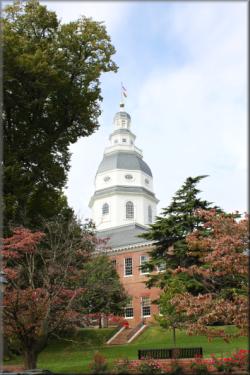 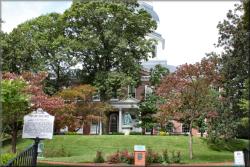 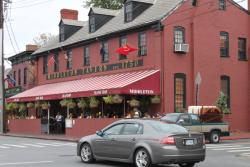 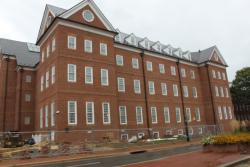 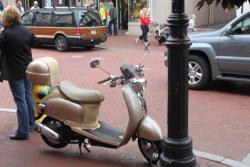 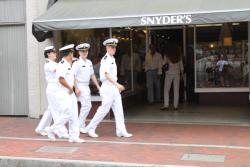 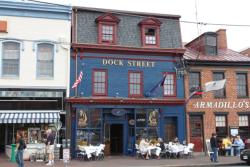 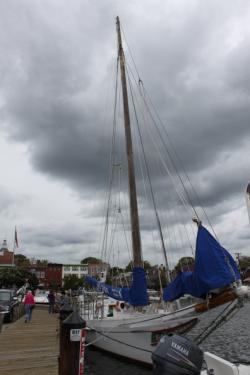 Friday, September 26, 2008
Disasterous events 9/25/2008 1:52:12 AM Its been a long life of disasterous things happening
For me, I grew up in a shack with an outhouse. I enjoyed those times, but the news was full of  Hippies ,  Flower Children ,  LSD ,  Vietnam War ,  Racial Wars  and the  Kent State shootings . Then it went on to  Food Shortages ,  Stagflation ,  Oil Spills  and  Gas shortages . Then there was the horrible  Aids  and the  Ebola  viruses. In Vegas, the  Mgm Grand Fire  killed 100 people. There was the  Gulf War . The  '.com' bubble  broke. In this decade, there was the fear of  Y2K  which ended up doing nothing, and the  Twin Towers  which ended up changing a lot of things. I'd guess Wall Street going bonkers isn't that interesting. I have camping gear with me. If everything crashes, we're going camping! YEA!
Wednesday, September 26, 2007
Don't ya just hate it when you've got a 6 month co 9/26/2007 12:28:04 PM - its delayed one month coming in.
- it gets sold
- the new contract isn't adjusted for that month.
- your Yellow Page ad comes out, but you decided to give up an active business to come out.
- the people you work for think its a 3 month contract
- and you have alread paid up a 6 month lease.
I could see there was a misunderstanding after my second week here.
There really is no development going on here...just maintenance.
My project was the first real development project they've had in years!
But, I just found out I won't get to implement the project.
Its got to wait months and months and months before it goes in. It's dependant on other departments.
So thats depressing...hmmm.
Anyway, I am VERY proud to have had this chance, and its been great living in Kentucky again!
October 26th is my last day.
Maybe...I'm not sure where they got that date from.
Its in no contract that I've seen.
Tuesday, September 26, 2006
In His Living years 9/24/2006 4:53:46 PM Every generation, blames the one that came before. And all of those frustrations, come beating on your door.
I know that I'm a prisoner, to what my father held so dear. I know that I'm a hostage, to all his hopes and fears
I just wish I could have told him, in his living years

Crumpled bits of paper, filled with imperfect thought. Stilted conversations, Im afraid thats all we've got.
You say you just dont see it, he says its perfect sense. You just cant get agreement in this present tense
We all talk a different language, we all talk in defense
Say it loud, say it clear. You can listen as well as you hear. Its too late when we die, to admit we dont see eye to eye

So we open up a quarrel, between the present and the past. We only sacrifice the future, its the bitterness that lasts
So dont yield to the fortunes, you sometimes see as fate. It may have a new perspective, on a different day
And if you dont give up, and dont give in...You may just be o.k.

Say it loud, say it clear. You can listen as well as you hear. Its too late when we die, to admit we dont see eye to eye

I wasn't there that morning, When my father passed away
I didnt get to tell him, all the things I had to say.

I think I caught his spirit, later that same year
Im sure I heard his echo in my babys new born tears
I just wish I could have told him in the living years 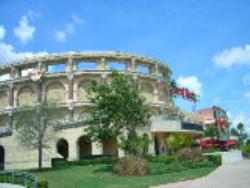 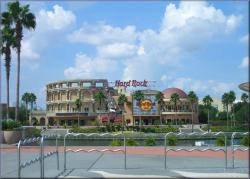 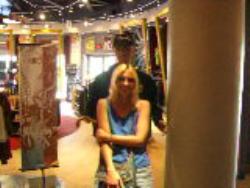 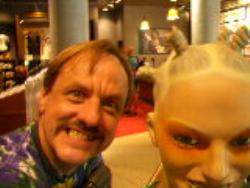 Sunday, September 26, 2004
September 2004 9/25/2004 11:07:50 PM Saturday, September 25, 2004 <Jim Cutlar>
Took Becky, Dustin and Jennifer to Boulder City
I let everyone drive around on the dry lake on 95.
Also taught everyone how to use a wrist rocket. Shot off a bunch of fireworks. yippee!!!
Saw the carshow in Boulder City along with their Octoberfest celebration
I was amazed at how many cars that were there, that I had owned in my life (65 Chevy SS, 74 914 Porsche, 63 Chevy, 62 Chevy, 65 Chevy, 72 Nova, 75 Mazda, 74 Cadillac, 72 Vega). I guess now they're all classics. I sold most of them as junk, I only paid $25-$300 for a car in those days.
Drove up boyscout trail just south of Boulder City
Going up was strange. We passed a rocky field with air ducts coming up out of the ground. Then we passed an iron smelter. THEN, we came up to what looked like a flat radio telescope. At the end of the trail, there's a point where you can see Lake Meade, Railroad Pass Casino, and Las Vegas. What a view! Friday, September 24, 2004 <Jim Cutlar>
Went to Boulder City to visit some friends in a band.
Missed Chuck Shepperd, but connected with Mark and Sandy. They're fun people. Mark plays in a band, and they own a small janitorial business. Crazy people (like Becky and me). Wednesday, September 22, 2004 <Jim Cutlar>
Drove 200 miles touring Nevada Primm, Nevada.
Visited the Dry Lake
Just north of Buffalo Bills is a dry lake that's 2 miles wide, 5 miles long. It's perfectly flat and perfect for trying out your vehicle at high speeds. You can do anything safely out there in a vehicle!
Visited Goodsprings.
This old town (founded in the 1800's) is home to a haunted bar, old mining buildings, houses and trailers with a backyard Sandford and Sons would drool at.
Visited Sandy Valley.
I remember when this town was hot in the real estate arena. I knew people out there. The girlfriend I ended up married lived there.
- I could have died near Sandy Valley in a high speed motorcycle wreck
I left the road over a hill with an unmarked curve doing 80mph. I got bloody, with bunch of stitches, but I survived.
Memories.
- The people who bought out there bought on speculation. What a hype. Its a sandy valley with a collection of some very strange people. Someone built a porch surrounding their 20' travel trailer. Very Odd thing to do. Someone else planted a strip of grass 5' wide by 100' long. I guess they like to mow grass. It looked kind of stupid.
- They have gliders out there, a dome building, some kind of ranch, and off road races.
Drove 20 miles through the desert to Pahrump.
If you haven't driven through the desert, you're missing a real treat. Some of the trash is over 50 years old.
How does it go, bury a cheap Timex watch in the desert and in 1,000 years it becomes priceless!
Bought $40 worth of fireworks in Pahrump.
For me, that's a life time supply of cherry bombs...Yippee!
Pahrump has casinos, brothels, fireworks, fish farms, turf farming, and lots of trailers. It's a town out of this world and one step out of time! Tuesday, September 21, 2004 <Jim Cutlar>
Shopped at Primms Outlet Malls Monday, September 20, 2004 <Jim Cutlar>
Stayed at Buffalo Bills. Got a two day comp Wednesday, September 15, 2004 <Jim Cutlar>
Camping at Lake Meade was fun.
I discovered a WATERMELON PATCH out there. Wow! Tuesday, September 14, 2004 <Jim Cutlar>
Camped at Lake Meade
Watched movies, had a great time Saturday, September 11, 2004 at 10:08:35 (PDT) <Jim Cutlar>
Dustin, Jennifer, Robert, Joy and Amy came by. Nice day! Sunday, September 5, 2004 <Jim Cutlar>
Went to the Stratosphere with Mike Ginsburg Saturday, September 4, 2004 <Jim Cutlar>
Hung out with Mike Ginsburg Friday, September 3, 2004 at 10:08:35 (PDT) <Jim Cutlar>
Took pictures of a really neat little fellow (A praying mantis) Wednesday, September 1, 2004 at 10:08:35 (PDT) <Jim Cutlar>
Visited Joy and Amy at the hospital. Nice day!